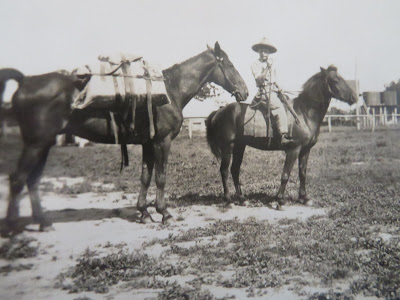 My father about to head out on a mustering trip from the main station, Mount McConnell. It looks like he has to look after the pack horse. Taken in the early 1930's when he was about twelve. 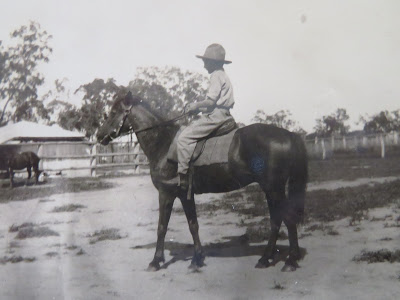 LIFE ON A CATTLE STATION


The following photographs are of the family cattle station, taken in the 1930's.

FACES FROM ACROSS THE AGES 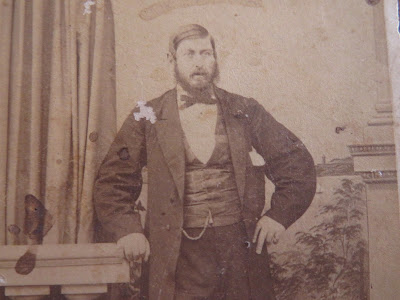 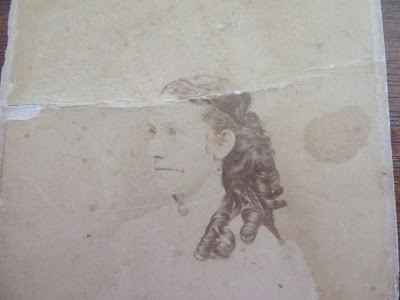 Lornesleigh Station was my first home and was so until the family sold up in the late 1960's. It was founded by my great grandfather, John Clark in 1870. Sadly, the new owners were a multi-national and let it go to ruin, so these photographs are the only reminder of what it used to look like.

THE SPORT OF KINGS AND FAMILY. PART TWO.


My father’s first cousin, Simon Lynch became a jockey mainly competing in steeple chase events in Melbourne. Simon’s  greatest racing triumph was riding the winner, Precocious, in the 1932 Grand National Steeplechase at Flemington, Melbourne.
The Grand National is Australia’s most  prestigious steeple chase race and Flemington is Australia’s most prestigious race course. The events surrounding this win were highly controversial, and history making.
Precocious was owned and trained by twenty-two year old, Miss Dorothy Shiel. Since World War One, women had been permitted to nominate themselves as horse owners. This entitled them to train their own horses without first obtaining permission from the Victoria Racing Club. This is what Miss Shiel had done with Precocious.
When she won the Grand National, Dorothy became the first female trainer to win a race at Flemington. Although the win was very popular with the public, the V.R.C committee refused to allow her into the mounting yard to accept the trophy. A few days later, the V.R.C committee advised that owners henceforth would need to obtain a permit to train their own horses, and that such permits would not be granted to women.
The Chairman of the V.R.C, Mr L.J.S. MacKinnon declared, ‘horse training was not suitable for women. The engagement of jockeys and other duties connected with training were essentially jobs for men- simply it was not thought to be women's proper sphere.' The restrictive measures were not lifted until the early 1970's.


Tragically, Simon was killed at age twenty-five on the 2nd May 1935, at Flemington while schooling a horse.
Posted by Unknown at 18:02 No comments:

THE SPORT OF KINGS AND FAMILY

The Bells and the Clarks were devotees of the sport of kings. Describing them as devotees is too mild; they treated horse racing as a religion. They would have gladly raced horses full time rather than run cattle stations.
I think I’m the only one of my family that never owned a race horse.  Even my father raced a horse and he once told me that the racing fraternity were the lowest form of human life. My father and all of his seven siblings (three females and four males) owned horses.  Then it was my grandparents, Jane Florence and Richard Bell who raced horses, largely in North Queensland.
My grandfather had an unfortunate incident with one of his purchases from Melbourne.  The stallion had raced in several major races in Melbourne including an unplaced in the Melbourne Cup. On its arrival in Charters Towers from Melbourne, he was showing it off down the main street when it grabbed him by the seat of the pants, lifted him up and dumped him in on the ground.  The resulting injury was enough to put him in hospital.  My grandfather still kept the horse and it lived a long life.

My great grandfather, John Clark, regularly attended the Sydney and Melbourne yearling sales and raced winners in North Queensland.  My grandfather’s brothers and cousins were also heavily involved in the racing industry as owners, jockeys, farriers and stewards.  It even goes down to the present day when my father’s first cousin, Doctor Kevin Bell (Veterinary Science), founded  the Australian Equine Genetic Research Centre in 1986. It is located at the University of Queensland in Brisbane.

Some of the most notable family horses and racing wins are:
Grosvenor Downs ( owned by Minnie and Cosmo Gordon. Minnie was a sister of my grandmother) owned  My Man who was a grandson of Assyrian. Assyrian won the 1882 Melbourne Cup. They also owned Nonette who was bought as a breeding sire. During his racing career, Nonette won the equivalent of seven million dollars in today’s money.

My grandfather’s brother, John Bell, who owned Cardigan Station, bought Eastcourt as a breeding sire.  During Eastcourt’s career he won the equivalent of five million dollars in today’s money. Some of his wins are the VRC Handicap and the Sydney Tattersalls. Eastcourt also ran second in the Sydney Cup and a third in the VRC Derby and the Australian Cup.

A first cousin of my father named Simon Lynch, won the Grand National Steeplechase in Victoria in 1932.

As you can see, horse racing is in the blood.

I have been looking at the above website which details the list of massacres of Indigenous Australians in my home state of Queensland. Many are focused from 1860 onward in the northern region of the state which is where I was born and raised. It's a sobering and heart- breaking read.
If you don't know much about Australian history, Indigenous Australians were locked in conflict with Europeans soon after settlement in 1788. It is estimated that the pre-1788 population of the Indigenous people across Australia was between 500,000 to 750,000. At the start of the twentieth century, the population had been markedly reduced to about 93,000 due to European diseases, massacres and conflict.
Why I took particular interest in this website, is that it mentions the cattle station of Grosvenor Downs as an area of conflict in 1868. No details are mentioned.
I knew that Grosvenor Downs belonged to my great grandfather, John Clark and prior to that his half-sister, Isabella Clark and her husband, Alexander McDonald. John Clark later gave the station to his daughter as a wedding present.
I was hoping that my family weren't involved in such a heinous crime. Further research indicated that in 1868 a Frank Bridgman owned the cattle station. It was sadly a massacre of local Indigenous people; sixty in total.  No reason is given why this massacre occurred. I can only surmise that a European or cattle were speared causing the settlers to retaliate.
Sadly, it was not an isolated incident. The list of conflicts between Indigenous people and Europeans in Queensland goes right up to 1929.
It is history that was conveniently overlooked. I don't think that should be the case anymore.
Posted by Unknown at 21:08 No comments: 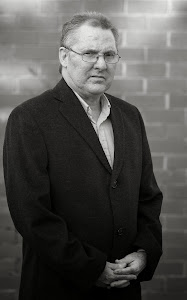